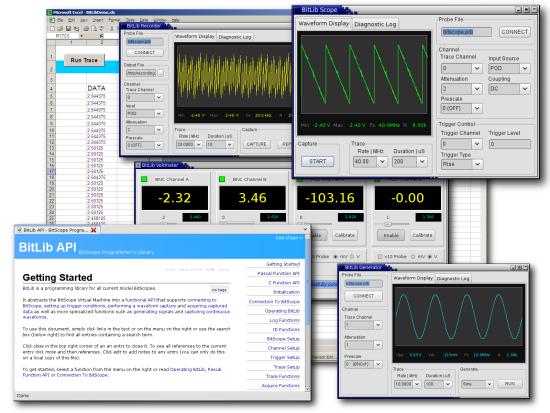 BitLib is a powerful but easy to use library for creating custom BitScope applications. 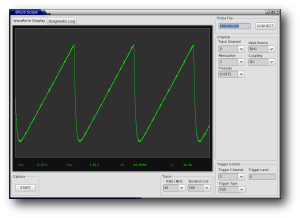 How It Works | The Library API

As explained in the design pages all BitScopes implement a virtual machine architecture which is programmed via short command scripts which operate on registers. 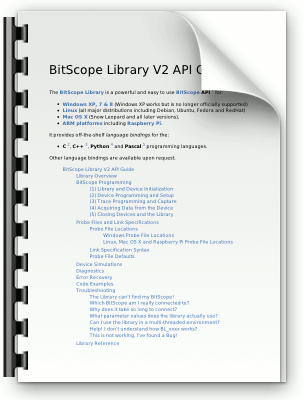 This is simple in concept and very powerful but it can require an application to generate quite a few command scripts to perform a complete VM programming sequence.

BitLib streamlines the process generating the scripts on the fly to perform almost all programming sequences automatically.

It does this via a set of simple functions (see the BitLib API) which the application uses to communicate with and control one or more BitScopes.

Of course command scripts and registers may still be used. BitLib provides pass-thru functions to directly program the virtual machine this way if required.

However, in most situations the BitLib API on its own is capable of performing all the tasks needed for most test, measurement, waveform generation and data acquisition applications.